Note about the differences between search paths when running stuff via the Windows Run Line (win+r), command line and PowerShell.

We can type iexplore in Run Line to open up Internet Explorer but doing the same in a cmd or PowerShell is not successful.

When running something via the command line (a.k.a. cmd) or PowerShell (ps), Windows will search for the executable in PATH. Type notepad or calc and they will be executed because both are in %WINDIR%\System32 which is usually in PATH. Same thing can be done in Run Line.

Now try iexplore or chrome in Run Line. It works. Do the same in cmd/ps and they cannot find the executable. Something is different. We know both of these search in PATH but Run Line is looking in other places.

In short it's "a bunch of places Windows will search for things."

View it in cmd:

Although these are for disposable VMs, I am quite sure I am giving away free intel. But let's move on.

Executing in cmd/ps vs. Run Line

A search does not bring any relevant info. I could only find one relevant result from commandwindows.com which had the answer.

As an exercise we are going to analyze how these work and where they search.

cmd is looking in the current directory (C:\) first and then in PATH. 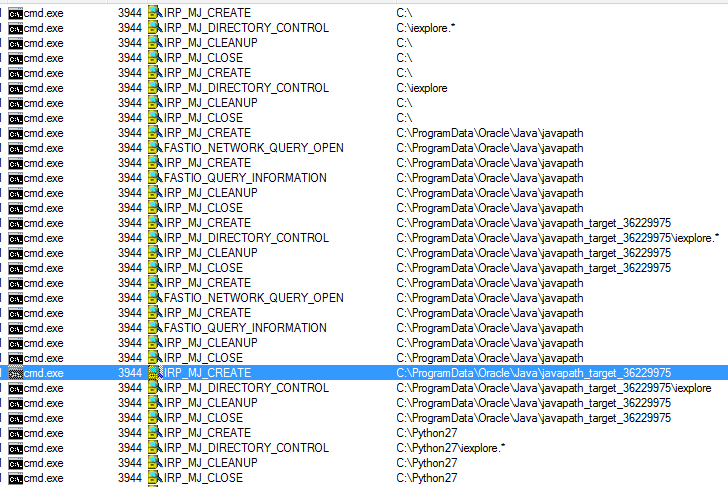 We can see that it searches in current directory first and then in PATH.

C:\ProgramData\Oracle\Java\javapath is actually a junction or soft link to C:\ProgramData\Oracle\Java\javapath_target_36229975. It's like an NTFS symlink but not exactly (NTFS junction can only point to local volume while NTFS symlink can point to remote shares). See more at MSDN Hard Links and Junctions. As far as I was able to understand, hard links are for files (local and remote) while junctions are for local directories.

This is different from a shortcut (or lnk). It's an alias. We can cd to javapath and Windows will think such a directory exists while we are actually in javapath_target_36229975.

Do the same for PowerShell but run API Monitor as admin. 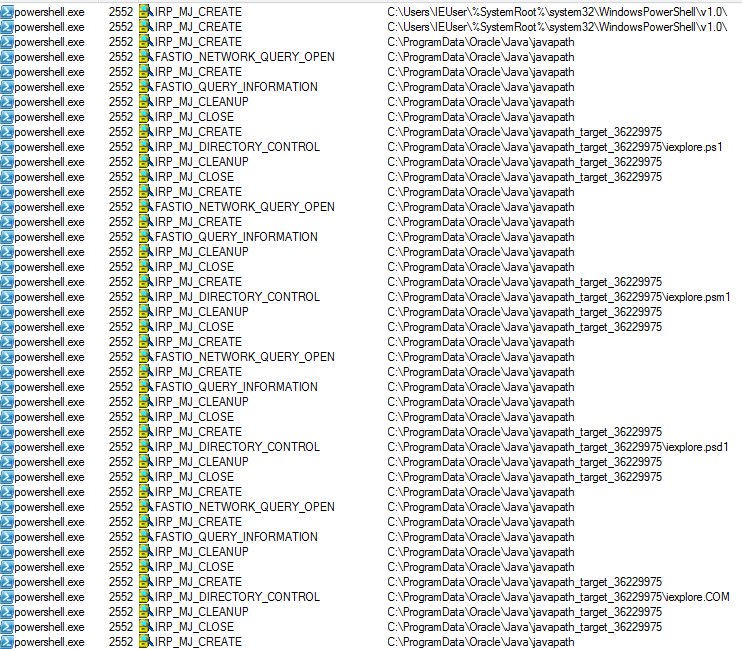 It's also searching first in PATH and then in current directory.

For Run Line, we will use a different approach to find stuff in procmon.

After we run iexplore in Run Line, open process tree at Tools > Process Tree (ctrl+t) in procmon (don't forget to reset the filter). Double clicking on iexplore.exe which will take us to the Process Start event. 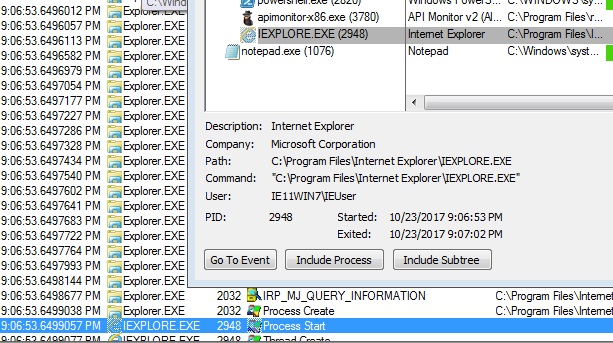 A bit further up we will see the registry key in the tl;dr section. 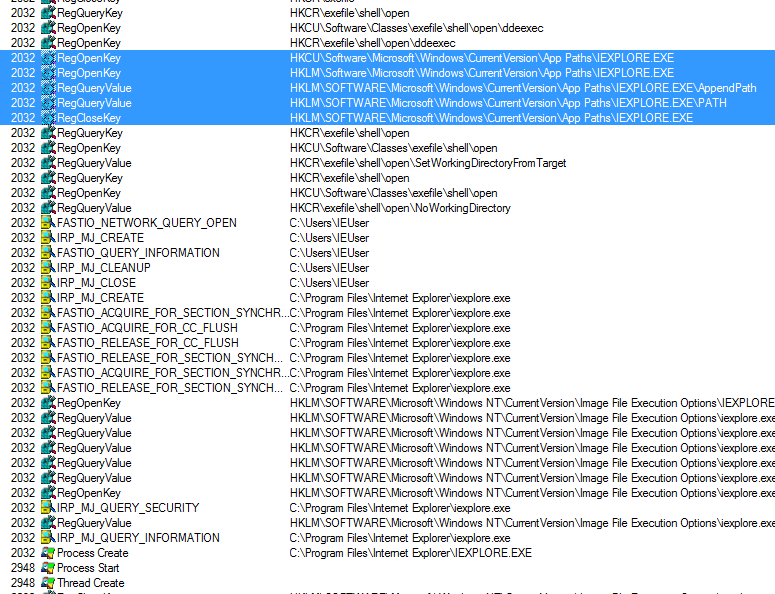 Going up in procmon and watching the results in API Monitor does not show anything about searching path. It seems like Run Line first searches in App Paths and then in PATH.

What is in App Paths?

Each application has a separate key. Inside we can see the default key and a path key for Chrome.

Let's test our search order theory by running java.exe via Run Line and observing it in procmon.

This time will add a new filter and reduce the noise. 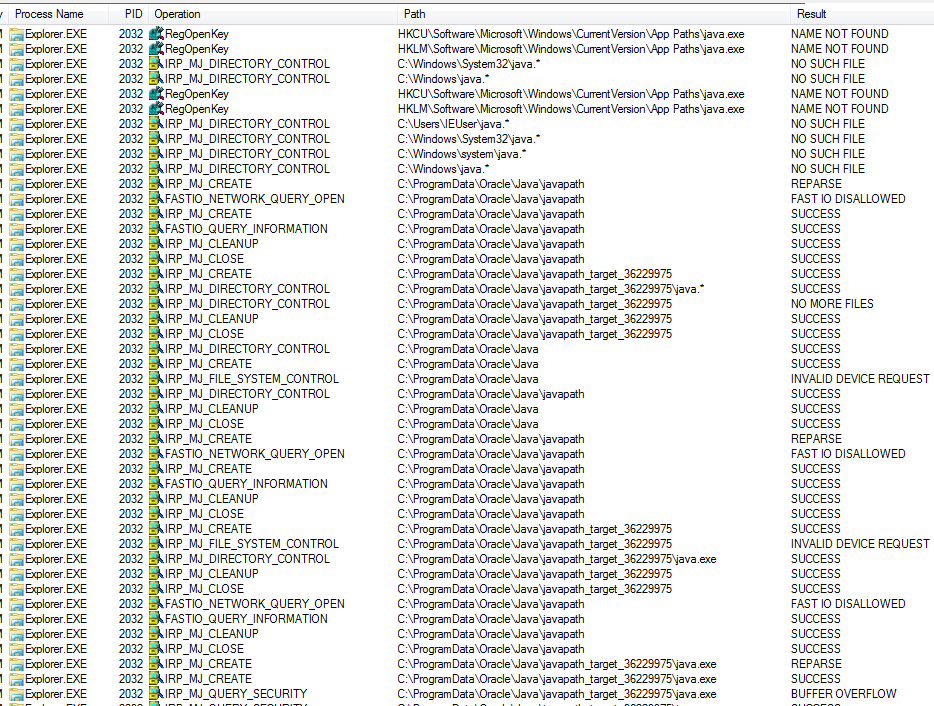 Note that while we have a javaws.exe key in App Paths, there's none for java.exe.

See the REPARSE results? That's the java junction we talked about.

Looks like we were right. Interesting but potentially useless stuff.