I thought I had found the Windows iptables with Portproxy but I was wrong. But I learned something neat in the process and I am documenting it to access it when I need it.

Portproxy allows you to listen on a certain port on one of your network interfaces (or all interfaces) and redirect all traffic to that interface (on your computer) to another port/IP address.

The to that interface is the limitation that unfortunately kills it. This will be a short post.

So I thought I could change the listenaddress:listenport and redirect all outgoing traffic to that IP:port to wherever I wanted (e.g. localhost) and not use the Windows etc\hosts file. But I was wrong, the command creates a listener on the interface with the listeneraddress IP and redirects all TCP traffic. In other words, the listeneraddress needs to be the IP of an interface of your machine. The traffic needs to be destined for your machine to be able to be redirected with this command. Well bummer.

Why? I don't know but I think because Portproxy supports both IPv4 and IPv6 addresses which is a good thing. If you look at the MSDN link you can see the four variations that mix v4 and v6 addresses.

Open an admin command prompt and run this command (protocol=tcp is optional because Portproxy only supports TCP):

Remember to remove the new line (I have split the command into two lines for better readability).

We can display all current portproxy listeners using netsh interface portproxy show all.

In the same admin command prompt run this command to see the listener: netstat -anb | findstr 9090.

Now open a browser and navigate to https://localhost:9090. 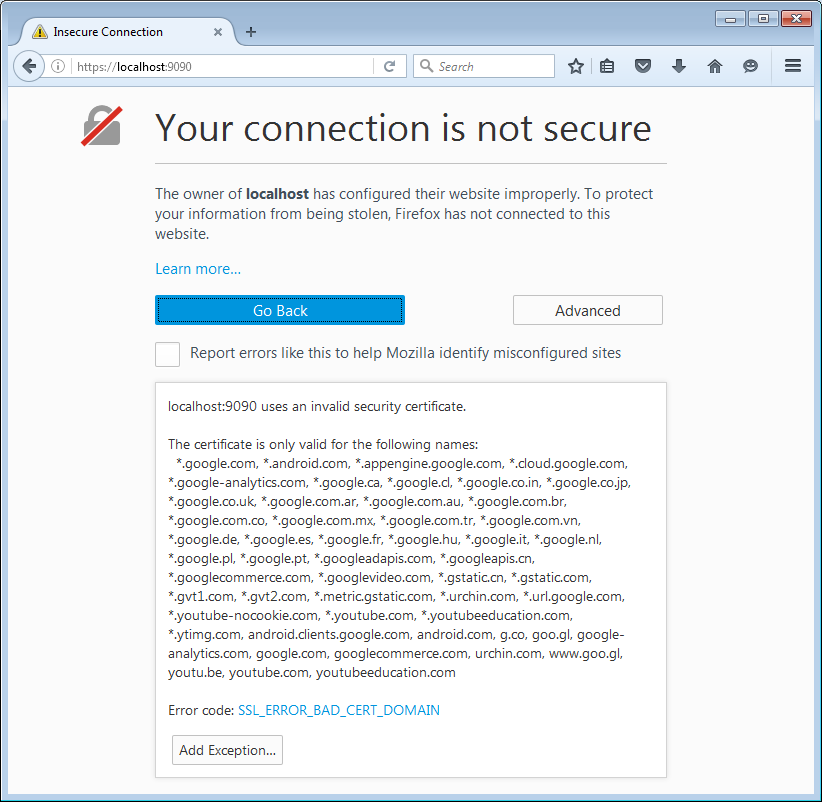 Accept the security exception and we will see: 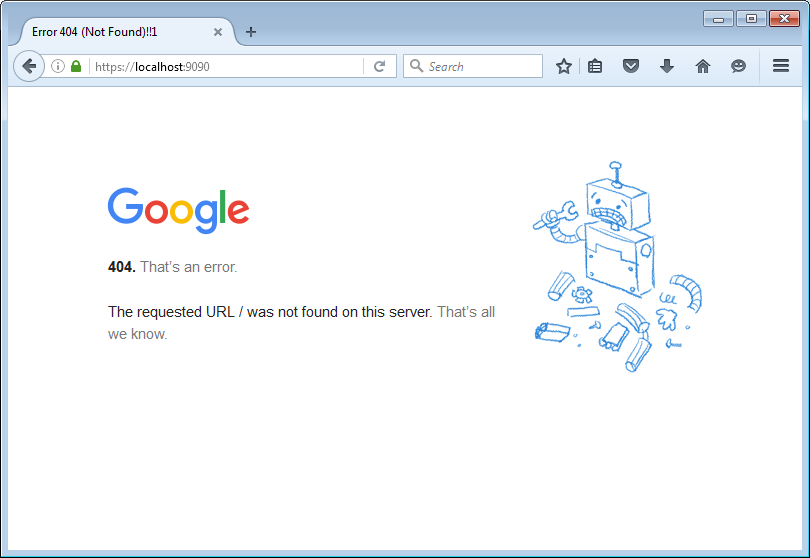 Not exactly Google.com but you know what we accomplished.

Apart from doing failed tricks we can do other things with this. As we saw we can redirect local resources to remote ones. Another is port changing, we can redirect the traffic to localhost via different means (e.g. hosts file) but the port is still the original one used by the application. Using this we can redirect the port to another one on a remote machine (e.g. a VM running a proxy tool). In other words we will not need the Traffic Redirector Burp extension anymore.